Setting Sail on the Pacific Spirit 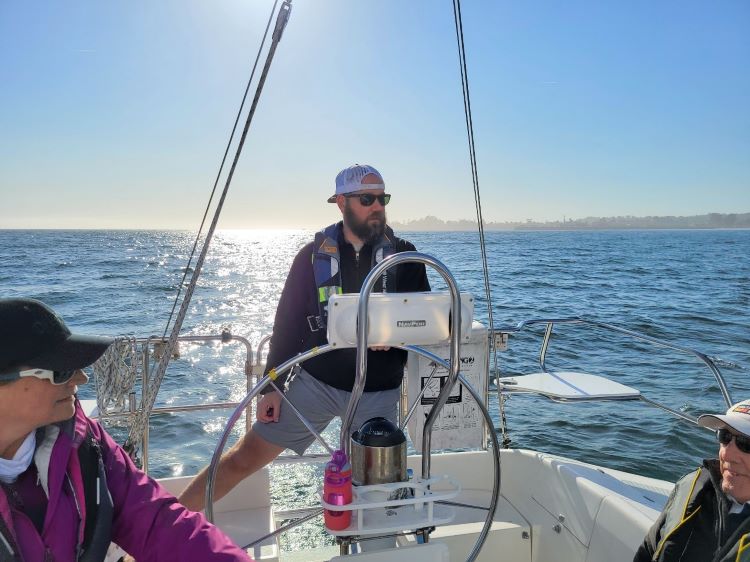 It was a perfect spring day for sailing in Santa Cruz, CA with temperatures in the mid-60s and light shore winds. The forecast indicated the breeze would strengthen to 10 knots (kts) to 15 kts later in the afternoon, creating a challenging environment for the ship’s crew.

We set sail on the Pacific Spirit and brought along a MicroStrain 3DMGQ7 with dual antenna and RTK modem to collect navigation and position data using SensorConnect software.

The crew consisted of myself, an ASA certified skipper, and three crew members with various levels of sailing experience.

We motored out of the harbor past the Walton Lighthouse (Figure 1), hoisted the sails with a compass heading of ~180° (South), and sailed on a port tack for approximately 20 minutes and then tacked starboard heading of ~330° NNW. We sailed on a close reach until tacking again to a heading SSW and so on…yes, a truly perfect day of sailing.

After about an hour at sea, the breeze increased and the swell from the Northwest rose from ~4-6 ft to 6-10 ft. Steering and keeping the boat on course became harder and harder until I decided the boat was over-powered. The Catalina 32 is heels a lot compared to the Beneteaus and Hunters that are similar in overall length.

We furled the jib sail and continued to sail close hauled. As wind and swell increased, my datalogging laptop pitched off the bench and the USB cable disconnected from the GQ7. 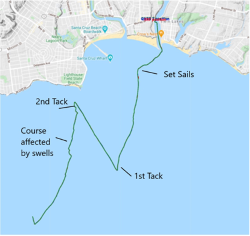 This ended the data collection, but not the crew’s adventure.

The sail was completed without any other significant events, and thankfully we did not end up stranded on an island with a millionaire and his wife. We returned safely to dock, gave the Pacific Spirit a quick rinse, and furled and stowed the sails.

Later that evening, I used a Python script with MicroStrain’s Inertial Protocol (MIP) to plot the GPS data and the Extended Kalman Filter (EKF) data on Google Earth (Figure 2). The Google Earth map shows the boat’s route during the sail in great detail.

The GQ7 was positioned in the forward cabin with a dual antenna on the foredeck with approximately 0.7 m separation equally spaced from the GQ7 (Figure 3). 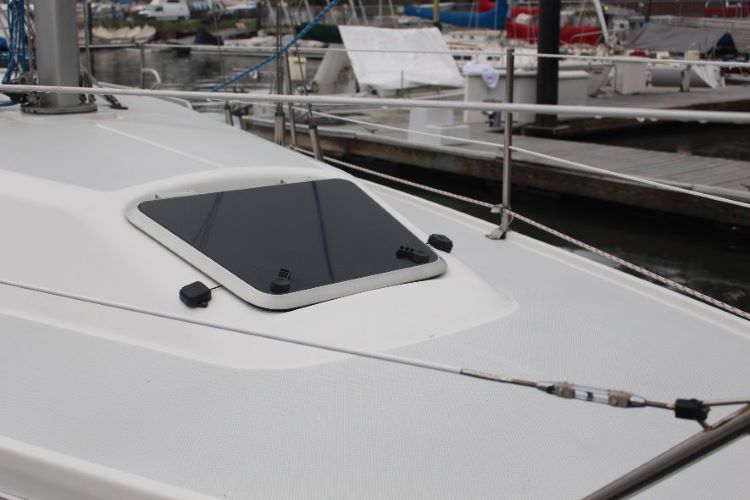 Figure 3. Dual Antennas on the foredeck of the Pacific Spirit

As expected, the GQ7 with the dual antenna and the RTK corrections provided excellent data for the EKF and the resultant route tracking was impressive.

As a sailor, some very good and very significant things jumped out at me as I studied the plots. The weather and seas changed during the outing as well as the helmsman (boat driver), thus the quality of the tacking maneuver changed right along with the crew and the mixture of environmental conditions.

The route of the boat makes a smooth turn into and through the wind and continues without losing forward progress (Figure 4). This indicates the helm and the crew worked together to turn the boat and in parallel and move the jib from the port side to the starboard side of the Pacific Spirit

In contrast, Figure 5 shows the route for a poor tack. The boat immediately loses ground and the path of the boat is not steady. Specific reasons for a poor tack are usually the helm over steers the turn or the crew does not trim the jib sheet smoothly.

The combination of the helm not holding a steady course, the increase in wind, and swells affected the forward progress of the boat, resulting in a wavy heading. 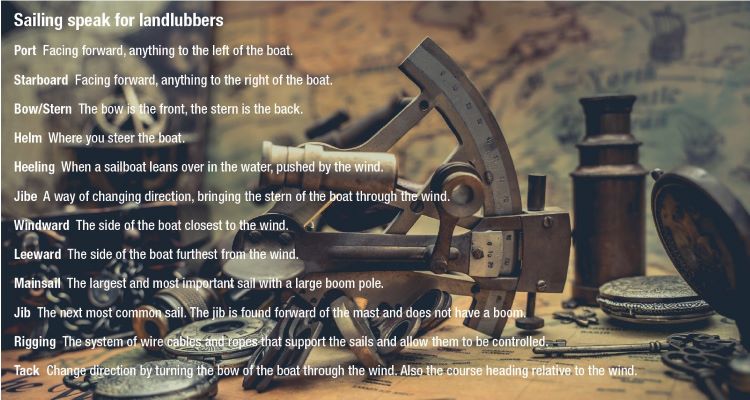 Another interesting observation is the EKF solution for the Euler angles (pitch, roll, yaw) shows the heel (roll) of the boat as it is sailing. Figure 6 displays the change in the heel (roll) when the boat goes from a starboard tack to a port tack and it reinforces the idea that a sail boat is not a pontoon boat.

The Catalina 32 was heeling from 25° to 35° - the rail of the boat was in the water (not for the faint of heart!). The heave, which is the vertical motion of the boat, was 1-2 meters in the heavier swells.

The GQ7 data was detailed, quantified information about the performance of the crew and the boat in different weather and sea conditions that would otherwise be lost. Figures 7 and 8 show the heave and heave velocity of the boat while sailing through swells of 5 ft to 10 ft.

This information is valuable to sailors on causal outings, ASA certified instructors, and racers. The data was collected and analyzed easily with SensorConnect and MicroStrain Communication Library (MSCL). All in all, a great time out on the water.