Unmanned ground vehicles (UGV) decouple human operators from the environment they are accessing. This ability makes unmanned platforms an attractive technology for hazardous and difficult-to-access settings. The appeal and effectiveness of these systems prompted Congress to mandate that 1/3 of all US military vehicles be unmanned by 2015. Yet, dependability and cost concerns associated with implementing unmanned ground vehicles continue to prevent users from deploying them on a scale that satisfies their demand.

Next Generation Unmanned Vehicles
Unmanned ground vehicles capable of operating autonomously in unstructured environments are increasingly used in military, police, and rescue applications. Navigation subsystems support the execution of numerous complex functions such as reconnaissance, surveillance, mapping and hazardous disposal. Initiatives to reduce the platform footprint of unmanned ground vehicles face multiple packaging and computing challenges. This is particularly relevant to the Department of Defense where portability and field deployment are major concerns. As a result, programs such as the Defense Advanced Research Project Agency (DARPA) were created to spur the development of these types of technology. MicroStrain inertial navigation sensors have been called upon to support a number of these projects. 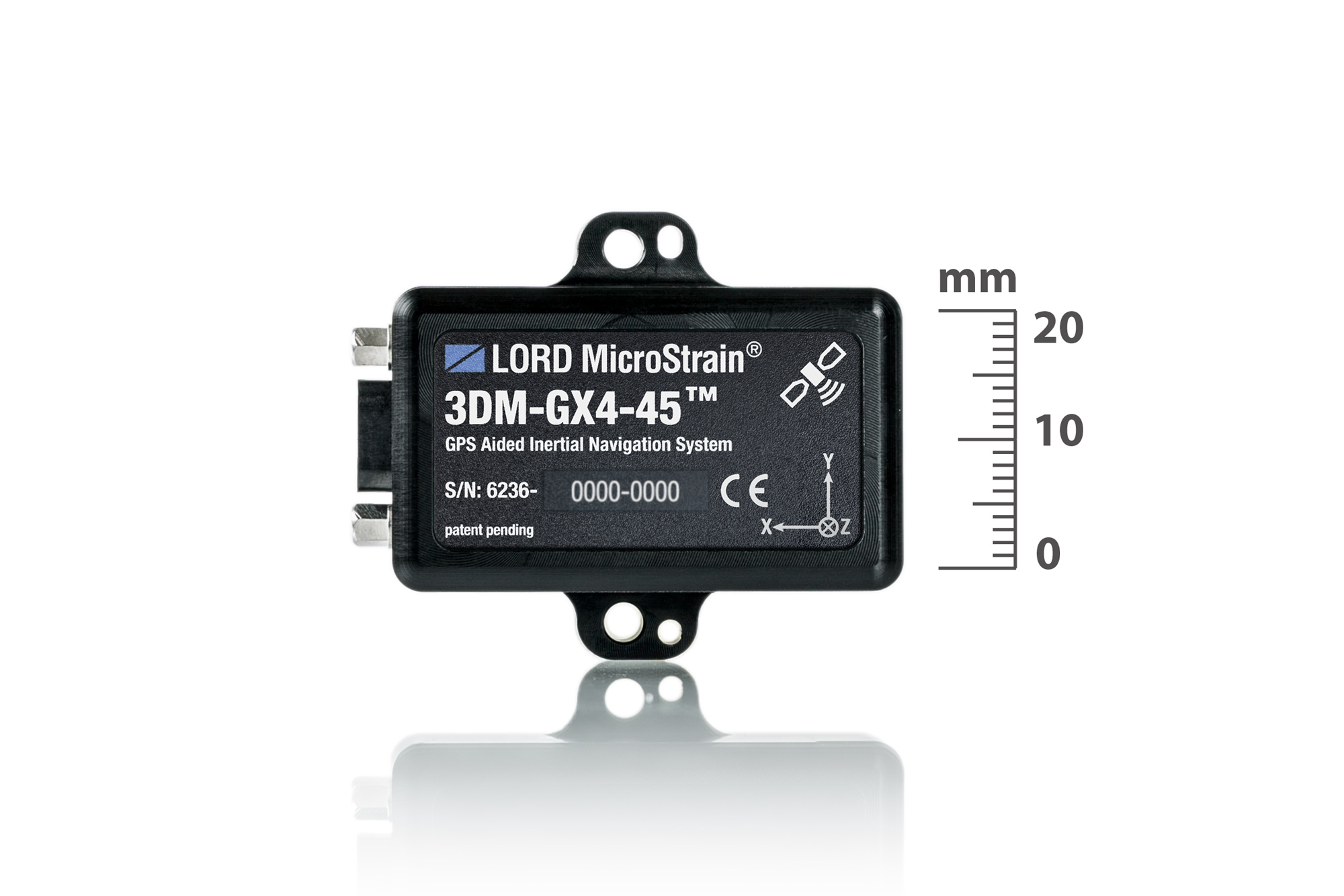 Due to the competitive nature of robot development initiatives, many academic institutions and educational organizations are involved in improving and demonstrating autonomous ground vehicle capabilities. In one example, a team of university and private partners chose to integrate the MicroStrain first generation 3DM-GX1® IMU sensors in their autonomous six wheeled, off-road ground vehicle. The design was inspired by the DARPA Grand Challenge and built as a prototype vehicle for that competition. The vehicle was equipped with differential all-wheel drive and all-wheel suspension for dynamic stability. It was engineered to carry out assigned tasks which included navigating undefined obstacles and variable terrain as well as identifying and responding to stuck positions.

MicroStrain’s MEMS inertial measurement unit (IMU) enabled the prototype vehicle to track its location across uneven terrain with accuracy within +/- 0.5% of distance traveled. The combination of the 3DM-GX1 sensor array: three accelerometers, three magnetometers and three gyroscopes, along with the team’s Kalman filter yielded highly stable position and orientation estimates. In addition to its function as a navigational aid, the IMU’s Euler command function was used to detect pitch and roll angles to trigger escape routines when they exceeded specific tolerances. For addressing the issue of obstacles, the vehicle switched between waypoint navigation and perimeter following mode.

Integration Across Many Platforms
Waypoint navigation techniques rely heavily on a combination of orientation and GPS information. MicroStrain’s latest inertial sensor, the 3DM-GX5®-45, combines an IMU, GPS, and a sophisticated Kalman filter into a single, integrated solution. This approach will help enable the next generation of unmanned ground vehicles by providing highly reliable, GPS-aided inertial navigation system capabilities in a single, low-profile package.

Benefits
MicroStrain inertial sensors provide users with a navigation solution that can easily be integrated across a range of platforms. With a design capable of reducing size, weight and power consumption by up to 10X over competitive solutions, MicroStrain’s solution helps reduce the dimensions and mass of platforms on which it is installed. Furthermore, low-power consumption reduces its energy burden on incorporated systems. Accurate orientation data packaged in a cost effective product make MicroStrain inertial sensors desirable for a variety of control applications. As a result, the next generation of unmanned ground vehicles can access and an even greater range of applications enabling easier and safer deployment for operators.