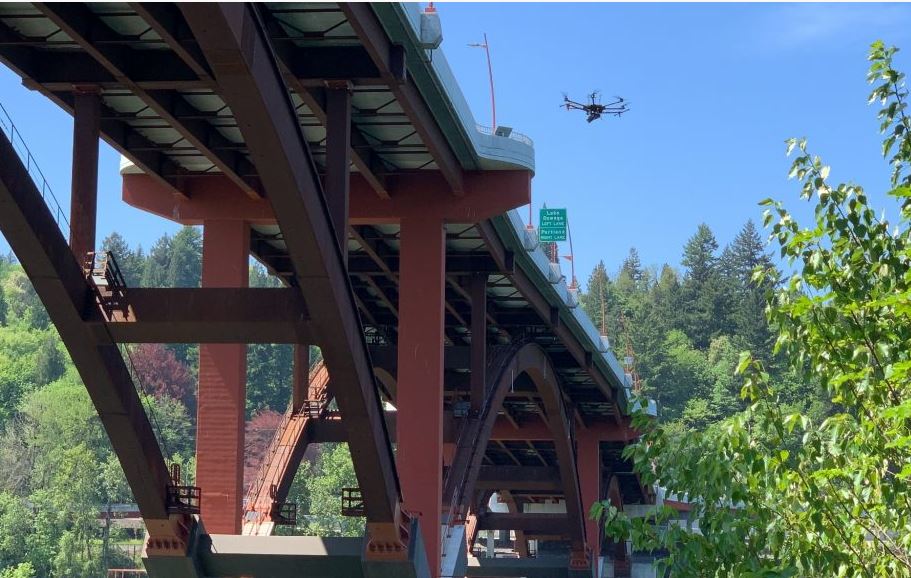 A Mobile Mapping System consists of a positioning system comprising a GNSS receiver integrated with an Inertial Measurement Unit (IMU). They utilize LiDAR technology, with scanners capable of collecting around 1,000,000 measurements per second. When combined with the GNSS or when using a Simultaneous Localization and Mapping (SLAM) algorithm, these georeferenced data points can be used to create accurate digital terrain models of almost any environment. These units are not limited to cars – they can be mounted to backpacks, helicopters and UAVs. 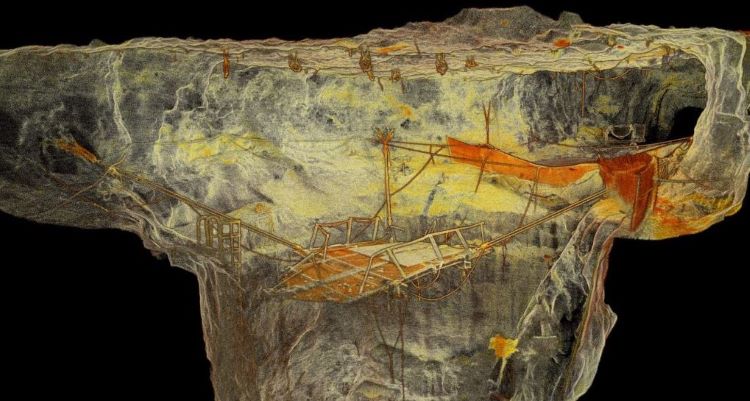 “We have stringent requirements for a light-weight, robust and reliable sensor, and LORD Corporation inertial sensors have a proven track record in the autonomy space,” said Dr. Stefan Hrabar, CEO of Emesent. “After more than two years of testing in our prototypes, we were happy with their innovative solution and have built this into the commercial Hovermap payload.”

How does Hovermap work exactly? When mounted to a compatible drone, Hovermap uses data from the LiDAR sensor to enable mapping and advanced autonomy functions. The technology that makes this possible is Simultaneous Localization and Mapping (SLAM). LORD inertial sensors aid the SLAM solution in real time, so a drone can navigate and map a space at the same time, while avoiding collisions. This process lets drones produce accurate renditions of their environment without the need for external services, such as GPS location, which is not always accessible everywhere.

One of the most impressive features of the technology is that the drones use the same data they collect to construct images of caves to locate themselves within the caves. By using SLAM for both navigation and location, both elements are improved – the drones are reliant on collecting accurate data to remain in the air, which means they can stay in the air for longer, and ultimately collect more data to construct more accurate images of the cave systems. 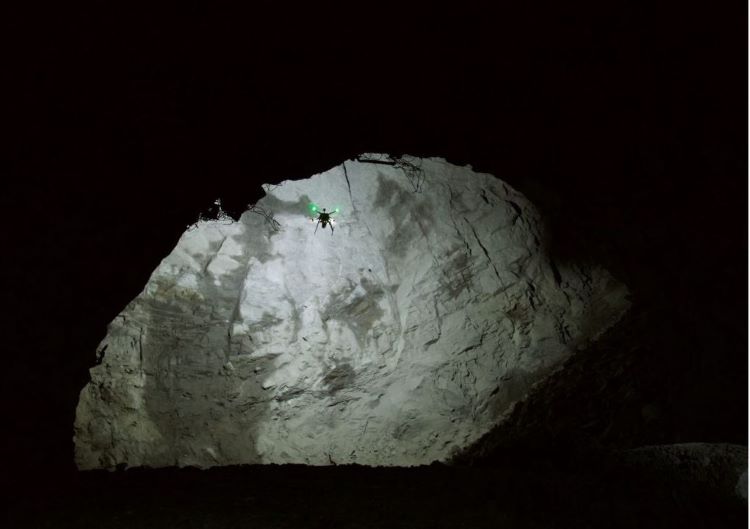 A drone fitted with Emesent’s Hovermap payload also offer significant safety benefits to workers. By removing the need for humans to enter unfamiliar underground areas to complete mapping work, workers are no longer expected to work in these potentially dangerous areas.

The Hovermap-enabled drones are a significant upgrade to conventional cavity monitoring systems (CMS), which are typically used to map underground areas. CMS solutions involve placing a LiDAR at the end of a boom, which is then inserted into cavities. While this enables workers to record LiDAR scans from areas inaccessible to human workers, the technology is limited by physical constraints such as the length of boom and dimensions of the cave. It also still requires the surveyors to work close to dangerous underground areas. CMS scans can have areas of missing data (or shadows), as the scanner only views the cavity from one position. Hovermap on the other hand eliminates shadows as the drone flies around inside the cavity, scanning it from many locations.

“Autonomous drone flight in these challenging GPS-denied environments is no easy task, but is made possible through our advanced algorithms that use the LORD Corporation inertial sensor and LiDAR data in real-time.”, explains Dr. Stefan Hrabar, CEO of Emesent. “This technology is a game changer for mining and other industries, providing significant benefits in safety and productivity.”