This report compares the steps necessary to use magnetometer vs dual-antenna as a heading source for a Cessna 150M flown in a repeated flight profile. 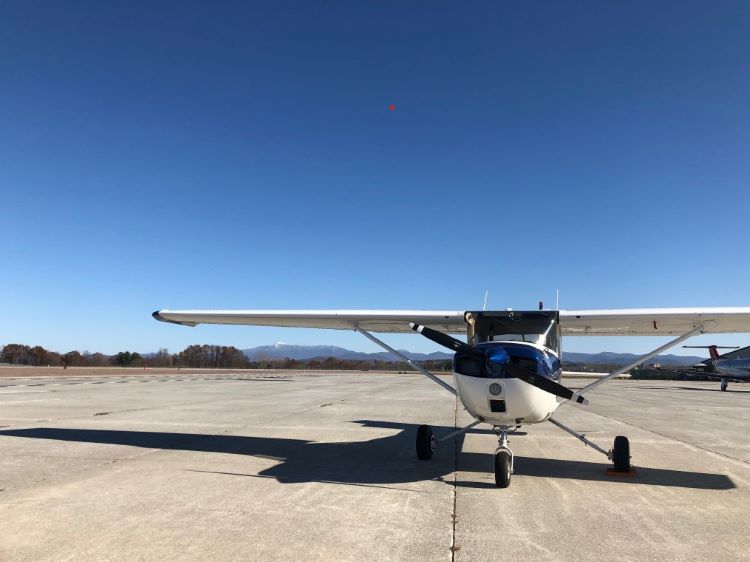 Magnetometers are a common heading source for single antenna GNSS/INS fused sensors. Before using a magnetometer as a heading source, a hard and soft iron calibration must be completed after the device is installed in the vehicle. For fixed-wing aircraft, this is not only time consuming but also costly, especially for users of aircraft at busy airports with practice areas located far away.

This report compares the steps necessary to use magnetometer vs dual-antenna as a heading source for a Cessna 150M flown in a repeated flight profile.

For this case study, two Parker LORD, MicroStrain devices were used in testing, the 3DMGQ7 + 3DMRTK as seen below. The 3DMGQ7 (“GQ7”) is a dual-antenna, GNSS/INS navigation system that uses sensor fusion to provide high accuracy position and attitude estimates in challenging environments. The 3DMRTK is a network interface modem that provides plug-and-play RTK correction data to the GQ7.

At a high level, magnetometers measure the local magnetic field which consists of Earth’s magnetic field and any magnetic disturbances proximal to the sensor. To be used effectively in most applications, calibration must be completed to obtain accurate heading.

Dual-antenna heading uses two GNSS antennas mounted with a measured offset to calculate a “baseline” between the two antennas and a heading vector. It is inherently easier, requires no calibration and is immune to magnetic interference.

The GQ7’s antennas were securely mounted to the dash with a clear view of the sky and a baseline of 0.82m as shown in Figure 1. A PC running MicroStrain’s SensorConnect desktop application was secured in the aft baggage compartment and used to collect the data from the GQ7. The offset measurements were entered in SensorConnect. 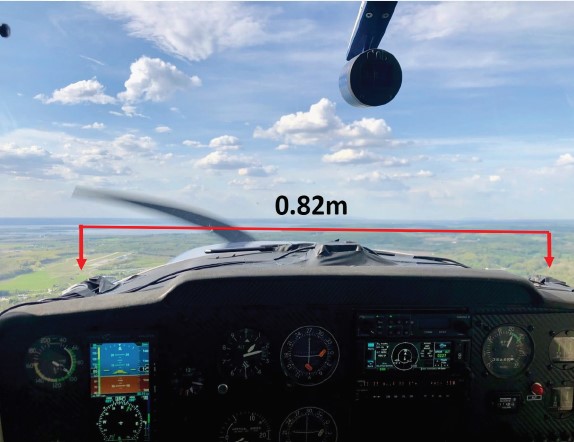 Before employing the magnetometer as a heading source it must be calibrated. To calibrate, it must be mounted in the vehicle and pitched and rolled to angles expected to be encountered during flight. For aircraft, steep turn maneuvering is not recommended at low altitude, nor allowed in certain types of airspace near airports, therefore this process can be time consuming and costly. For this case study, four flights were completed with different heading aiding sources:


For all four flights, the same procedure was executed to facilitate comparison:

As mentioned in the Test Procedure, two steep turns were completed for each flight. The events of the steep turn are shown in the plots at left and highlighted by the numbered steps. 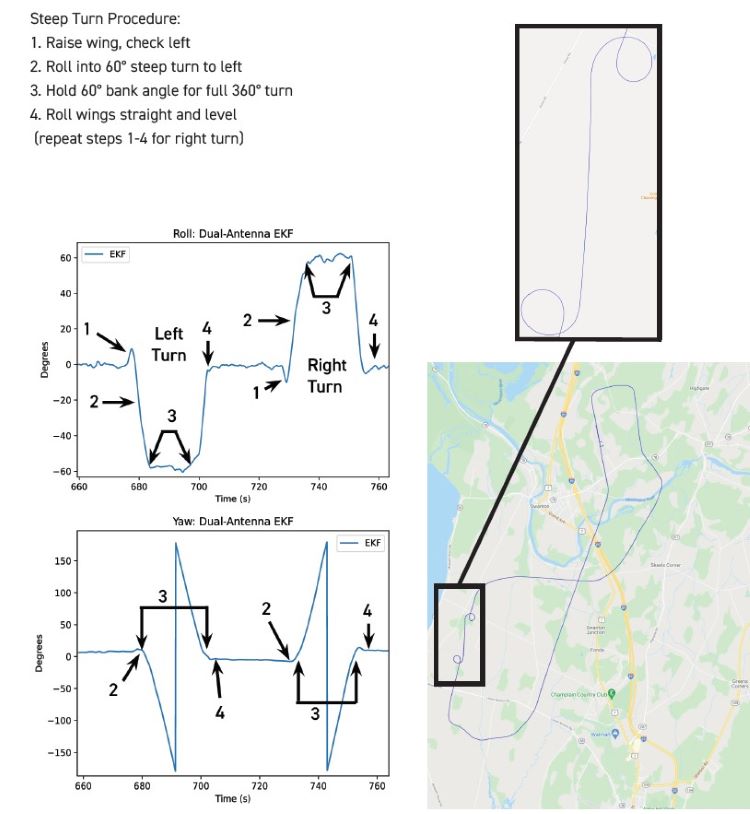 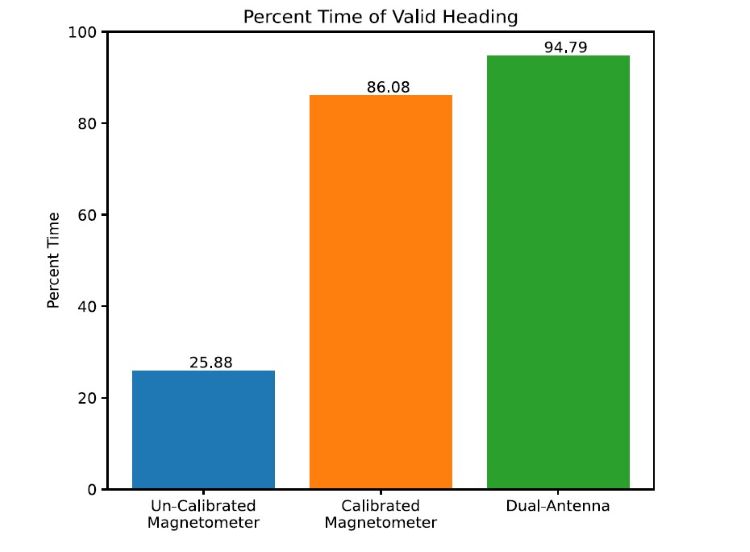 Read about the findings here. 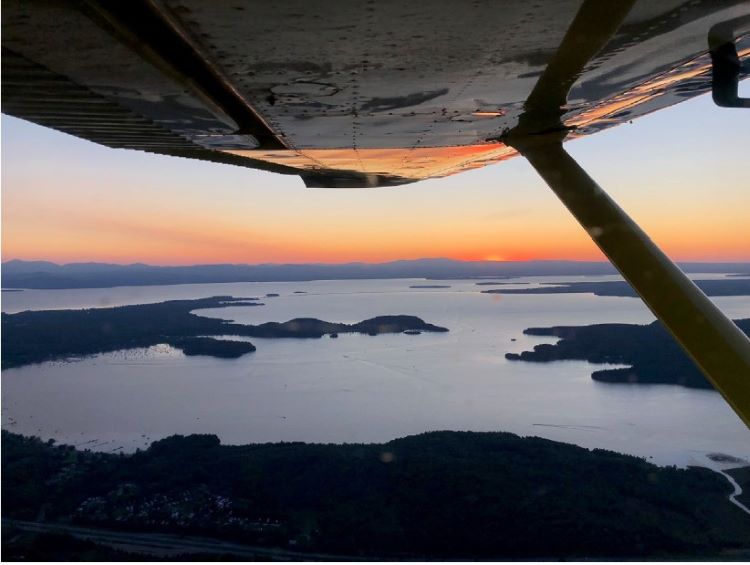 Looking West from Colchester, VT over Mallets Bay and Lake Champlain to the Adirondacks

Disclamer: The pilot who collected data for this report was not compensated for the cost of the flight and the flight was completed after normal work hours on a weekend. All installation, configuration and monitoring of the sensor system was completed with the aircraft parked in the designated parking areas of the apron with wheels chocked, and engine off. The collection of data using the sensor system in no way interfered with any flight controls, instruments, or safe and standard operation of the aircraft used for data collection or other aircraft.